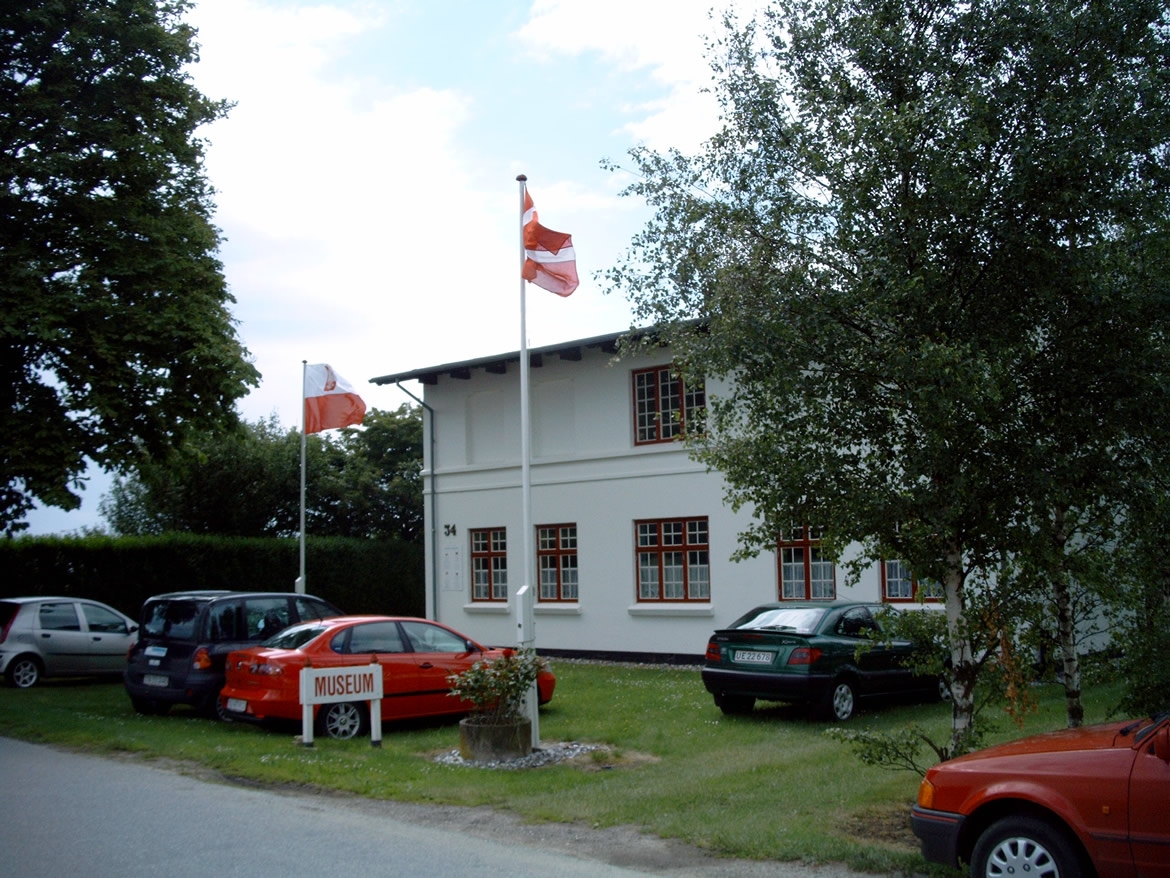 The residential building for seasonal workers (Polakkaserne), currently known as The Polish Barrack in Taagerup on the island of Lolland, currently housing the museum, was designed by Henrik C. Glahns, a renowned Danish architect, at the request of the owners of the Lungholm estate.

The building was divided into four functional parts: the ground floor was occupied by a dining room for workers, a kitchen and a pantry as well as rooms occupied by the supervisor, while the first floor housed the living quarters, most probably originally separate for men and women. This claim is supported by the fact that there are two bedrooms with separate staircases leading to them.

In 1912, the Polakkaserne was probably housing 30 female seasonal workers from Poland. The building complied with the standards set by the 1908 Act on Seasonal Workers. According to Glahns’s plan, the building had 15 beds. These may have been bunk beds, even though the 1908 Act banned their use in living quarters. That is why the building may have been occupied by not more than 20 female workers. Every resident of the Polakkaserne was assigned some space in the pantry to store food. In addition, one box holding around 24 kg of potatoes was also assigned to every two seasonal workers.

A smaller building, housing bathrooms and toilets as well as a laundry and a fuel store was located next to the main building. Similar buildings, accompanying residential houses, were very popular at the time in Danish towns, in working class neighbourhoods.